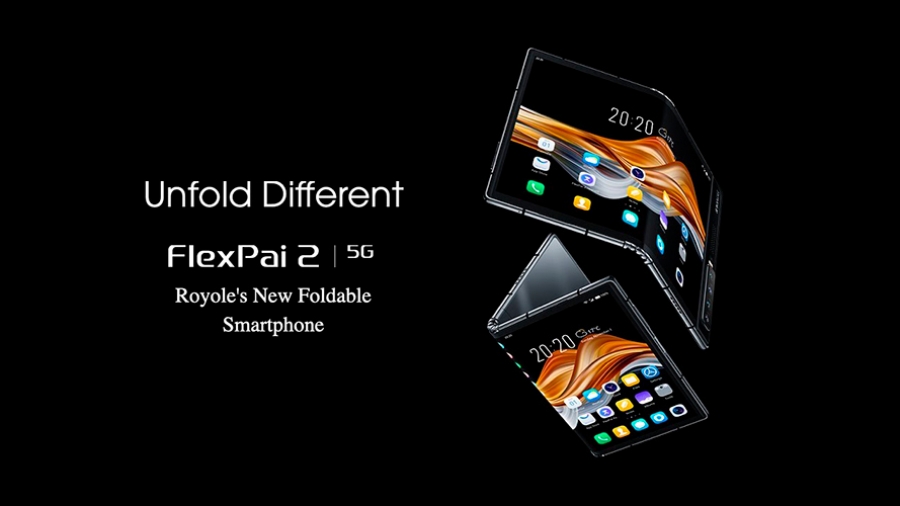 Royole FlexPai 2 has received many improvements, but most importantly, the updated Cicada Wing 3rd generation OLED panel with the new Stepless 3S Hinge, which rotates 180 degrees. Thanks to it, the novelty now has no gap in the folded state. Also, according to the company, the smartphone is 40% thinner than its predecessor. Another device was equipped with a 7.8-inch screen with a resolution of 1920 × 1440 pixels and an aspect ratio of 4:3. If you fold it, you get two displays at 5.5″ (1440×900p) and 5.4″ (1440×810p).

Inside Royole FlexPai 2 placed the top processor Qualcomm Snapdragon 865. It works paired with 8/12 GB RAM. Built-in drive in the device for 256/512 GB. Naturally, the smartphone supports fifth generation (5G) network. It also has a 4450mAh battery with 18W fast charge and a quad camera with a 64MP main sensor. It is complemented by a “width” of 16 MP with an angle of coverage of 116 degrees, a telephoto lens at 8 MP with a 3-fold optical zoom and 32-megapixel module for selfies.

Works gadget running Android 10 with the branded shell waterOS 2.0, which is very similar to EMUI in smartphones Huawei. By the way, the first version of waterOS was similar to the MIUI. Even in a novelty it is worth noting the presence of a USB 3.1 Type-C, Wi-Fi 6, Bluetooth 5.1, GNSS (GPS, A-GPS, BeiDou, Galileo, GLONASS), stereo speakers and a side fingerprint scanner.

Price and when to wait?