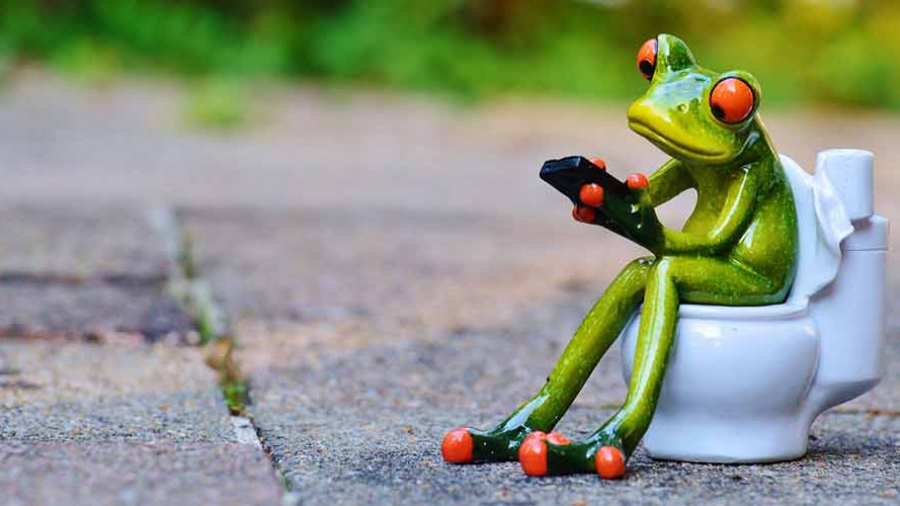 What did men do in the toilet before smartphones? What did they do there? After all, the habit of sitting in that place for 30-40 minutes was not born today. It may seem that life was worse or did not exist at all, but that would be misleading. They had found things to do and left the family without access to the bathroom and toilet for long time before. It is their long-standing habit. Oh! It’s a toilet jokes.

Yes. Things are even worse now. Not only does he have a smartphone in his hands, but he can also connect it to a smart toilet. This toy can keep him occupied for a long time. Backlighting, retractable bidet, music, Internet connection, water temperature and pressure settings – this is not a complete list of bidet toilet seat features today. After all, we know that men are grown-up children.

Contents hide
1. A bit of history
2. Prehistoric toilet habits
3. The only place to hide

A bit of history

We know for sure that in Ancient Rome, people used to spend hours in public toilets talking to each other. They would sit on the wooden benches with holes, debating about stuff. Imagine yourself in their shoes. You live in the first century B.C. and you have no idea that normal modern toilets will ever be invented. Ridiculous, isn’t it? Does it sound weird? We guess that the answer is no. In colleges and schools, girls are used to going to the toilet together all over the world. It may be a very intimate process, but natural as well. Therefore, over time, nothing has changed. Even when smartphones were invented, people still use the lavatory as a place of communication.

The only place to hide

Modern parents also use the lavatory as a place to hide from their kids and to be on their own just for 15 minutes while brushing teeth or taking a shower.

Smartphones changed the world, no doubt, but some may always wonder if all these changes were for the better or people have lost something inevitably. It seems to me that all innovations are for the better. Smartphones, computers, cars, and, of course, modern toilet. What TOTO, Kohler, Woodbridge make are masterpieces that civilization has given us.

Have any question about plumbing? Ask them here – plumbing in USA