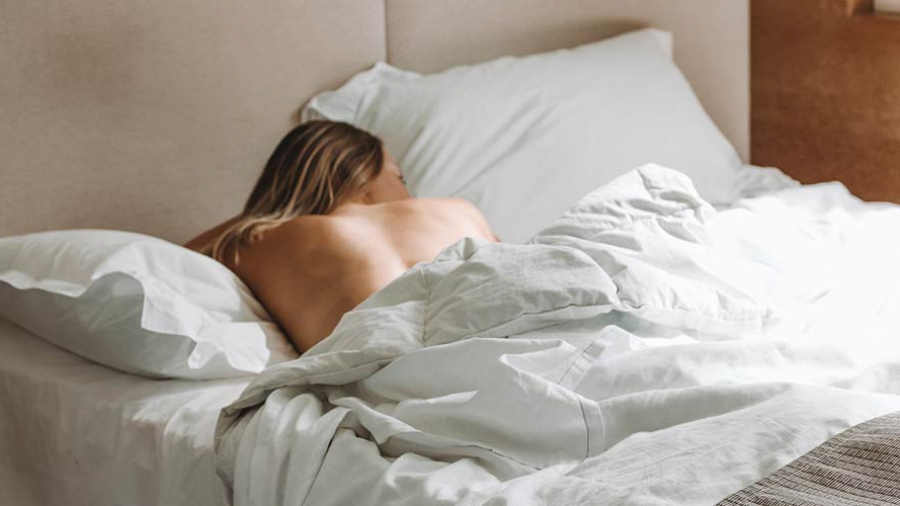 I entered the letters “ASMR” into the YouTube search bar. A lot of videos came up, some with a lot of views. One had over 15 million. I clicked on the first video and saw something like this: A young woman sits at the 3Dio microphone, which she lightly taps several times, resulting in the sound of the microphone testing to make sure it works. She takes a brush and starts brushing her hair and in a barely audible voice, moving toward the microphone, then away from it, and then back and forth from left to right, she says:

“Hello. (Very quietly and with a gasp.) Are you ready to relax and gently prepare for bed? Some slow, light brush sounds can help you relax. As long as you are relaxed, I will take care of you. There’s nothing to do but listen and relax.”

This videos are very popular and can help some people with insomnia.

Contents hide
1. What Is ASMR?
2. Understanding
3. What Triggers ASMR?
4. What Does It Look Like?
5. Can I Learn To Use It?
6. ASMR Videos Are The Biggest YouTube Trend You’ve Never Heard Of
7. Triggers
7.1. more of triggers
7.2. more of triggers
8. Can it be arousal and passionate?

The term ASMR was coined by Jennifer Allen.The letters stand for autonomous sensory meridian response, and it “describes a tingling sensation in the top of the head in response to a number of audiovisual triggers, such as whispering, tapping, and hand movements” (Poerio, Blakey, Hostler , & Veltri, 2018). The Wikipedia entry on ASMR defines it as “…a term used for an experience characterized by a static or tingling sensation on the skin that usually begins on the skin of the skull and extends down the back of the neck and upper spine.”

Understanding The name “Autonomous Sensory Meridian Response” was coined in the mid-2000s by an enthusiast who hoped that a clinically sound name would give legitimacy to what was then considered a niche experience. In the years since then, ASMR has become a popular Internet phenomenon, inspiring millions of YouTube videos and countless devotional blogs, but it has yet to be widely adopted in the field of psychology.
Recently, however, researchers have begun to investigate whether the phenomenon has any scientific basis. So far, some preliminary studies suggest that ASMR may help with insomnia symptoms ; other small studies suggest that those who experience ASMR may have subtle brain differences from those who do not. These results need to be replicated in larger, more rigorous studies, but they have begun to provide clinical evidence for what was once purely anecdotal.

Those who experience ASMR say the sensation is triggered by soft sounds, such as whispering, or repetitive visuals, such as folding towels-essentially a set of seemingly ordinary sights and sounds. ASMR can also be triggered by physical contact, such as a massage or haircut.

ASMR is an interesting combination of excitement and relaxation. Some describe it as tingling, chills, or waves that travel down the head, neck, and spine, and the physical sensation is accompanied by feelings of happiness, calmness, or sleepiness.

Can I Learn To Use It?

There are no studies yet demonstrating that people can or cannot develop ASMR. However, this seems unlikely because ASMR is an involuntary physiological response similar to synesthesia that cannot be practiced or learned. If you can’t achieve this effect, try watching and, most importantly, listening to ASMR videos with good headphones.

In a series of studies by Poerio, Blakey, Hostler, and Veltri (2018), they found that watching ASMR videos only increased positive emotional states in people who experience ASMR. They also found that ASMR was reliably associated with physiological markers, including decreased heart rate and increased skin conductance. They found that people who experienced ASMR, in particular, responded to tingling and increased calmness, for example, only to ASMR videos and not to control videos. Rresponders showed significantly reduced heart rate and significantly increased skin conductance in response to ASMR videos compared to videos without ASMR.

It is a massive and growing trend. In fact, an ASMR search on YouTube generates more interest than searches for “candy” or “chocolate. Chances are, you’ve never heard of it. In fact, the most popular question about ASMR on Google is, “What is ASMR?”

Not all people perceive ASMR the same way. Everyone has different triggers. In other words, People enjoy different sounds and actions.
Your social media feeds are probably full of people talking about their favorite triggers. YouTube is loaded with video bloggers trying to find a sound that will put them in a state of bliss. Here are a few examples of what people get high from.

Can it be arousal and passionate?

But we mustn’t forget that some people don’t enjoy it at all. Many people even find it annoying.

Do you want to know more about it? Ask on Facebook
Find ASMR on LinkedIn