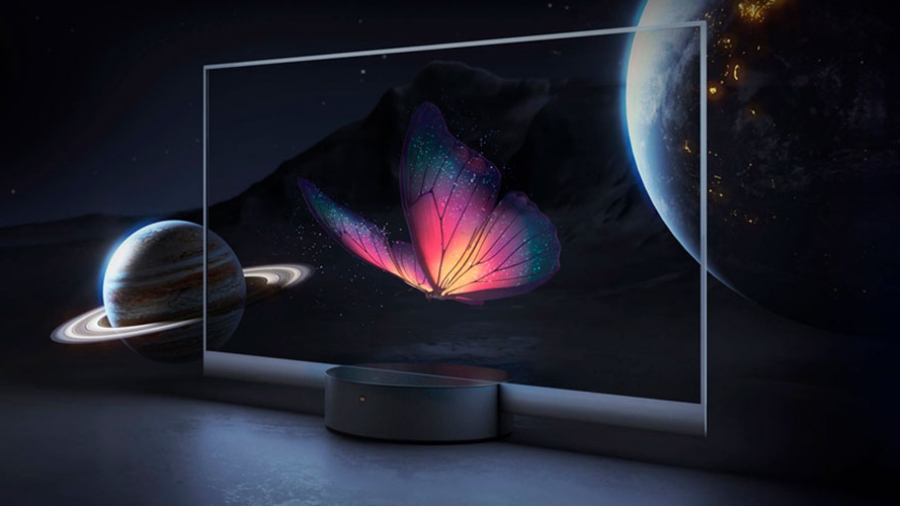 What do you know!

The device was named Xiaomi Mi TV Master OLED Transparent Edition and, as you can understand from the name, the TV received a transparent OLED display. The panel is 55 inches diagonal, FHD resolution and is only 5.7 mm thick. Whose matrix is used in the TV, Xiaomi does not report. Most likely, the supplier is LG Display, because the same screen technology has a smart TV “Koreans” – LG Transparent OLED Signage 55EW5F-A.

According to Xiaomi, the panel has a contrast ratio of 150000:1, deep black, 120 Hz refresh rate, and MEMC technology, which improves the smoothness of the picture. In addition, the Mi TV Master OLED Transparent Edition also features the MediaTek 9650 custom processor, stereo speakers with Dolby Atmos surround sound technology and Always-on Display. All the TV stuffing and ports are placed in a round stand.

Mi TV Master OLED Transparent Edition with branded MIUI for TV 3.0 shell is supplied. The device can, of course, be used as a control center for the Xiaomi smart house.

Xiaomi has already opened a pre-order for a novelty. The price of the question is $7195. For comparison, LG Transparent OLED Signage 55EW5F-A costs more than $25,000.

The head of Xiaomi, Lei Jun, while talking to users in Weibo, said that it is very difficult to make such a gadget so far. The fact is that in the TV, all the internal components are placed in a round stand, so that the transparency of the screen itself was achieved. In a smartphone, everything is different, because the main details are placed behind the screen.

Therefore, the release of a transparent smartphone is unlikely in the near future.